This post is going to cover the physical attribute of a bead vs beadless putter. Lately we have covered a lot of comparisons, we’ve compared aspects of flight, types of discs, to name a few. Our most recent comparison was that of a midrange vs a fairway driver. Be sure to check those out if you like comparisons.

It is a pretty common discussion, and debate as to which is best within the disc golf world. Like most debates, this really comes down to a matter of personal preference. Meaning, you’ll have to experiment yourself with a putter that has a bead and a putter that doesn’t have a bead. Within this post we will cover what is a bead, the benefit of the bead, the benefit of no bead, and why some people like it while others do not.

What is a Bead?

A bead is a small piece of extra plastic around the edge of the rim. You could describe this as a ridge of plastic that sticks out of the rim.

Benefits of a Beaded Putter

There are a handful of reasons for the bead. And these reasons drive the conversation as to whether a bead is good to have or not. For the most part there are three main reasons:

1. Adding stability to the mold 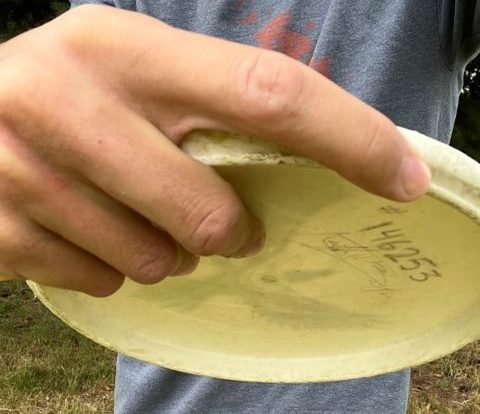 This point is somewhat contested, there are other blogs and some threads that discuss this exact topic. Individuals use references of how one mold is just another mold with/without the bead. Something like the Judge and Warden, even the numbers suggest that the Warden isn’t as stable as the Judge.

Despite that, people argue that these molds still throw the same, they feel just as stable as the bead/beadless counterpart. Suggesting that the bead doesn’t add stability to the disc.

For me, I have the opinion that the bead doesn’t change the flight path enough for me to notice. Looking at the Judge and the Warden, it is evident that the only difference between the two is the bead. Because of that difference, there has to be a difference in flight, right? The profiles are different, so they can’t fly the same, right? However, I’ve thrown the Judge and the Warden back to back and I don’t see a difference in how the two fly. I’m not good enough to notice that difference. So maybe at the pro level you’d notice the difference, but maybe not even then. But for me as an avid golfer, I don’t see a difference.

As I looked around as to why individuals search for this, I found a whole new topic pertaining to the reason for the bead: that it limits ground play. It is argued that the bead acts like a brake on the disc. It has a rougher edge that catches the ground, rather than slides across the ground, like a smoother, beadless disc.

As I reflect on my disc golfing experiences I find that in fact, I’ve noticed that a lot of my beaded putters do not offer a lot of ground play. While other, non-beaded putters tend to skip or slide once they hit the ground. This is very much a noticeable effect that I find common for beaded putters, they don’t skip around as much as beadless putters do.

This was my initial first thought as to why the beads were placed onto a disc. I fully believe that this extra piece of plastic helps the disc to maintain the structure of the rim. Thus, prolonging the flight of the mold and helping it to fly the same for longer.

I think that for manufacturers, this was the initial reason for adding the bead to discs, that all of the other benefits of the bead were mere unintended side effects. After all, to increase the disc’s durability was Dave Dunipace’s (co-founder of Innova Champion Discs) reasoning for the bead, as illustrated in the video.

Benefits of the Beadless Putter 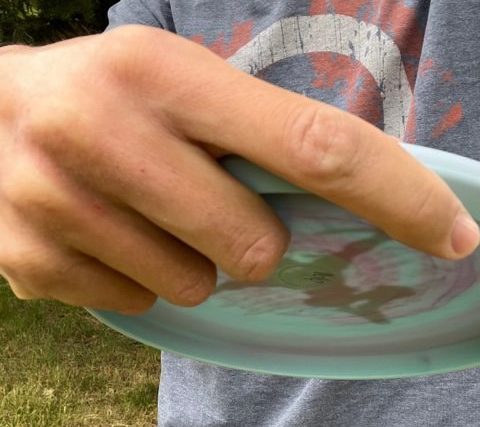 A disc without a bead will have a smoother rim, it doesn’t have the abrupt extra piece of plastic hanging off the rim. This creates a nice finish to the mold. Creating a smooth and consistent feel in the hand. This is probably the main reason why individuals like beadless over beaded putters, simply because of the in-the-hand feel.

Because the lack of the bead, these discs don’t have a ledge for the ground to grab onto and slow it down. The rim is more smooth, and if the disc hits the ground on the right angle, it’ll have less friction and may continue to skip, or slide across the ground.

Now you may think that limiting or having ground play doesn’t come into play with a putter. But it is something to think about, as I’ve missed a putt and had some ground play that pushed me further out from the basket. Making the come back putt more difficult than if the disc would have stopped. Also, putters are great approach discs. Ground play on approach shots can make or break an approach.

The In-Hand Difference of Bead vs Beadless Putters

There are varying levels of beads. Some are quite large and easily recognized, while others are very small and unnoticeable to my hands. When it comes to the feel of a bead, people tend to notice it in two aspects: during the grip and during the release.

When putting, the general grip is a fan grip. The thumb is resting on the face plate while the other fingers are fanned out on the bottom of the faceplate. While the index finger can either curve around the rim or rest on the rim. Talking with others, and reflecting on my putting experiences, I tend to notice the bead on my index finger and a little bit on my palm. This is where the division of opinions happens. People like that they can rest their finger on the bead for a consistent grip. While others find that the bead is simply uncomfortable.

The other reason for disliking the bead is that, for some people, it feels like the release of the disc becomes inconsistent. The effect here is that when the disc is thrown, the bead sometimes grips the fingers and sometimes it doesn’t. Because of this, the release is unpredictable and unreliable. Making a difficult time to have a consistent and smooth throw. Which, ultimately, limits their putting performance.

Read more about our favorite putters in this blog post. While these are the main points of a bead vs beadless putter, for me, the largest one to really pay attention to is the feel of the disc in your hand. There are an insane amount of variables when it comes to disc golf. So many that I don’t believe you can narrow something down to say that is the cause. One cannot say that because a disc is beaded/beadless it does this one thing.

Because of that, I don’t think too much on the bead of the putter or the lack thereof. I think that it doesn’t affect me, I’ve thought through people’s complaints and asked myself; “does it make my grip uncomfortable?” “does it make my release inconsistent?”, and I couldn’t tell you one way or the other. So for me, the bead doesn’t affect me. I’ve used Judges (beaded putter) quite successfully for a time, and now I’m using Alpacas (beadless putter) quite successfully as well. I think that all that matters is that you find a putter that is comfortable for you to use, something that gets you excited to go and play. Whatever disc that is, and you’ll do just fine.