Disc Golf is a lot like golf . . . except for the fact that the gear used is not standardized. Meaning, in Golf, everyone’s club head angles are pretty much the same. A Callaway 9 iron will be highly similar to a Taylormade 9 Iron. Whereas in disc golf, a Discraft 9 speed fairway driver may or may not be similar to a Innova 9 speed fairway driver. And if they are similar, they can still fly very different from one another. Because of this, choosing and finding the right kind of disc can be quite overwhelming, and may be discouraging. The point of this article is to help better the understanding of disc golf disc classification, and their intended purpose. Here, we will discuss fairway driver vs midrange specifically. 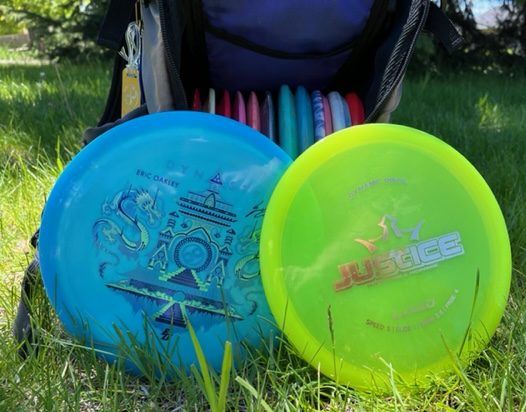 With this in mind, let’s focus on the Fairway Drivers and Midranges. The “irons” of disc golf, if you will.

Fairway and Control Drivers (same name referring to the same grouping of discs) are faster than midranges, they require a little more spin to fly “correctly”, or as the manufacturer depicts. These are more akin to the golf irons, maybe like the 2-6 irons. These discs begin to be a little faster, the lowest speed is 6, while the highest speed is 9. These molds come in a variety of brands, flight paths, and purposes.

There are three main purposes behind a fairway driver: distance, control, and utility. Control drivers are quite versatile in their abilities. Some are excellent for distance, others are really controllable, while others are a utility disc. 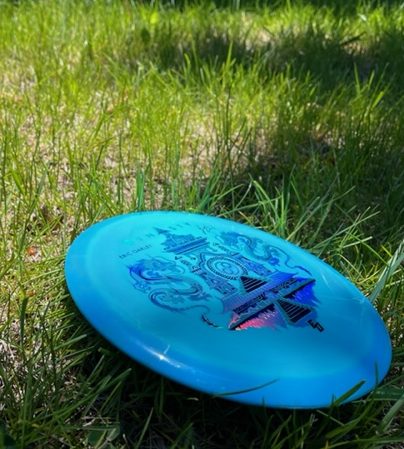 For me, and a lot of disc golfers out there, fairway drivers often get more consistent and just as good distance as a distance driver. A control driver tends to be easier to throw than a distance driver, resulting in more consistent throws. Now, control drivers do have a limit as to how far they can fly, and this range will differ for each individual. For me that is about 380 feet.

The control these fairway drivers can offer is phenomenal. As I’ve mentioned earlier, these discs are easier to throw for a larger portion of the disc golfer population. Because they’re easier to throw, they are much more easier to control. These discs are great to shape your shots; like a turnover, a flex shot, or a straight throw. Basically, you’re working to create a flight to land in a specific spot. Whether that is to avoid landing out of bounds, to fly around some obstacles, or to simply land right by the basket. You’re attempting to control how the disc flies to land in a certain area and avoid things up until that point.

Other uses for these molds are as a utility disc. A utility disc has a very specific use to it. This is generally a very overstable or a very understable disc. People use these molds to help them get out of a sticky situation, the disc always does the same thing no matter what – it has an extremely reliable flight. Check out this post about overstable vs. understable to learn about disc stability. 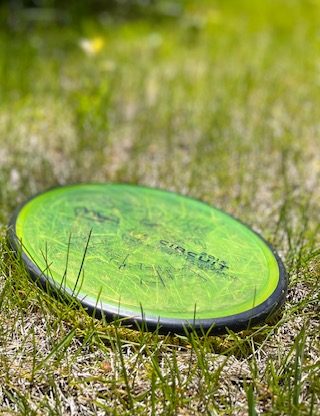 Midranges are quite the useful disc to have within your bag. These are among the slower discs, which offers a disc that is easily controlled. Their speed is usually 4-5. It is usually used as an approach disc. More akin to the 7-9 irons of golf. They can get decent distance, but it isn’t about the distance with these discs. I’ve never really measured a midrange throw, but I guess that I’m around 250 feet mark, maybe up to 300. There are two main uses for these: control and utility.

As the speed of the disc lessens it becomes easier to control. With a midrange, you’re looking to find a disc that you can control. When you’re using a midrange, you’re within a range that you want to eliminate mistakes. You want to exhibit a high amount of control and accuracy. You’ve got a spot where you want to land, and you want the disc to follow a certain flight and land within a specific area. Hence, you’re using a midrange to control the disc more so, to limit errors and often times to limit the distance your discs flies.

Similar to the fairway driver as a utility disc, you can use some of these midranges as utility discs. There are many that are very overstable and very understable. You would use this disc in a situation where you need the disc to fly in a certain way: going to fade to the left or its going to turn to the right, in almost every weather condition.

Fairway Driver vs Midrange – When to Use

Well, if you’ve noticed, a fairway driver and a midrange share similar uses: control and utility use. So, how is it that you can tell when to use one over the other?

The answer to this is pretty simple in reality; what’s the distance to where you want to land? And, is it uphill or downhill?

There are some ways that you can figure this out. One of them is by using a range finder, like the Apex Rangefinder. This is a very accurate way to tell the distance, and if you pair this with field practice, you’ll know exactly what your discs can do and then replicate it easily out on the course.

If you’re like me, you don’t have a range finder, so knowing the exact distance is hard. However, as I have played I’ve gained a sixth sense as to what I can do with my discs. The longer you play, the better this sense gets. Playing out on the course and doing field practice with targets will help you grow this sense.

When working with elevation changes, you’ll need to “disc up” or “disc down”. When you throw uphill, it will seem as if you are throwing farther than you actually are. While when you are throwing downhill it will appear to be a shorter distance. So, if you’re going uphill, it may be more appropriate to “disc up” and throw a fairway driver. And if you’re throwing downhill, it may be best to “disc down” and throw a midrange. All to ensure that you get to your target without overthrowing or under throwing. 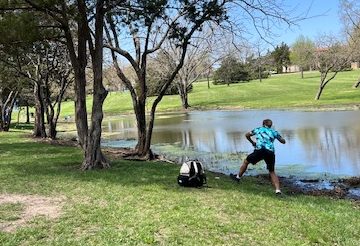 When choosing between a fairway driver or a midrange make note of the possible errors. The errors to make note of, is that with a control driver it is easier to go long of your target. While with a midrange it is easy to come up short.

Control drivers like to go for a good distance. As such these discs, if you give them a little too much power, they can glide for longer than you’ve anticipated and fly past your target. Because of their aerodynamics and desire to glide, they can easily overshoot your intended target.

Midranges are designed to fly for a shorter distance than a fairway driver. In a misjudgment of distance, you may end up shorter than you would have hoped for. I’ve done this so many times, its a little frustrating.

So as you step up to throw, keep these errors in mind. It is possible to still end up short with a control driver, or go long with a midrange. But, I’d wager that the former happens more frequently than the latter. The more you practice the more your sense of what your discs can do will become more accurate.  Which will help to limit these errors.

There are some physical differences between these two disc types as well.

In this image, you see a midrange on the bottom of a fairway driver. This image shows the common differences of a fairway driver vs midrange. It is quite easy to see the size difference between the two. The midrange has a much wider diameter than the control driver. Because of this larger diameter, midranges can be heavier than control drivers. Some midranges can weigh up to 181 grams, most max out at 180 grams though. All the while control drivers weigh up to 175 grams. Learn more about about PDGA specifications through the PDGA manufacturing guidelines.

The other physically noticeable difference is that of the aerodynamics. The above pink disc (control driver) is much shorter and pointier than the bottom blue disc (midrange). Fairway drivers will always have better aerodynamics than a midrange. The shape of the control driver is what helps it fly farther than the midranges. It has less drag with just as much glide, all to help it push through the air and stay floating.

In Conclusion of Fairway Driver vs Midrange Discs

All in all there are many discs out there. I hope that this blog has helped you to understand the difference of fairway driver vs midrange discs. The most significant difference is that of distance that they’re capable of flying. A control driver will fly further than a midrange more easily. While the midrange is easier to throw shorter distances. They are both easy to control, and both can have a very unique and specific use. As you familiarize yourself with disc golf and how your discs fly, you’ll more easily be able to tell when to use what disc.