One of the weak parts of my disc golf game has always been my forehand throw. My buddies have been telling be for years to throw an occasional all-forehand round to improve that skill. However, my logic has always been that I don’t want to take practice time away from my backhand, which is my bread-and-butter shot. Recently, I’ve been using forehand shots (also called a ‘flick’ shot or ‘sidearm’) for my short approach shots, and I like the feel and accuracy of the throw. So, I decided to start regularly including forehand shots in my fieldwork. Here is what you need to know about the forehand.

One of the fundamental parts of a disc golf throw is how the disc finishes its flight. For a right-handed player, generally speaking, when a disc is thrown with a backhand throw, it will end its flight fading to the left. With most disc golf courses, designers include holes that require a variety of shots. If a hole is a dogleg to the right, for example, the backhand shot becomes very challenging. While it’s still possible to play strictly backhand using understable discs, having the ability to use a forehand allows a player to throw a disc how it was meant to finish: to the right. Another great advantage to throwing the forehand shot is that the player gets to keep looking at the target the entire throw! Often times, the forehand is the throw of choice for guys who used to play baseball, since the motion is similar to a sidearm throw.

The first thing to consider about the forehand is the grip. A proper grip helps control the angle of the disc. A good grip also optimizes spin on the disc by creating a situation where the middle finger is used to push the disc and create more rotation. There are several popular disc golf forehand grips, and they are all effective. Finding the one that works for you is the important part. Luckily, several of them feel fine and work for me. For practice and consistency, I settled on the stacked grip. Here are the most common choices. 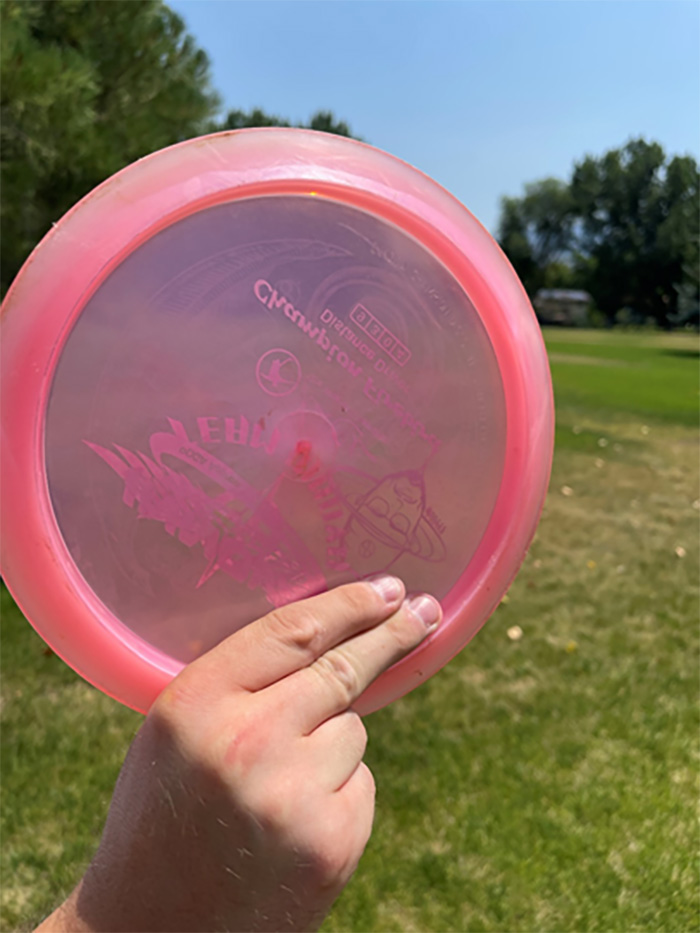 The stacked grip is achieved by placing the middle finger on the index finger, then placing both of them on the inside of the rim of the disc, where the rim meets the flight place. The thumb is placed on top of the flight plate and the remaining two fingers are outside the rim for support. 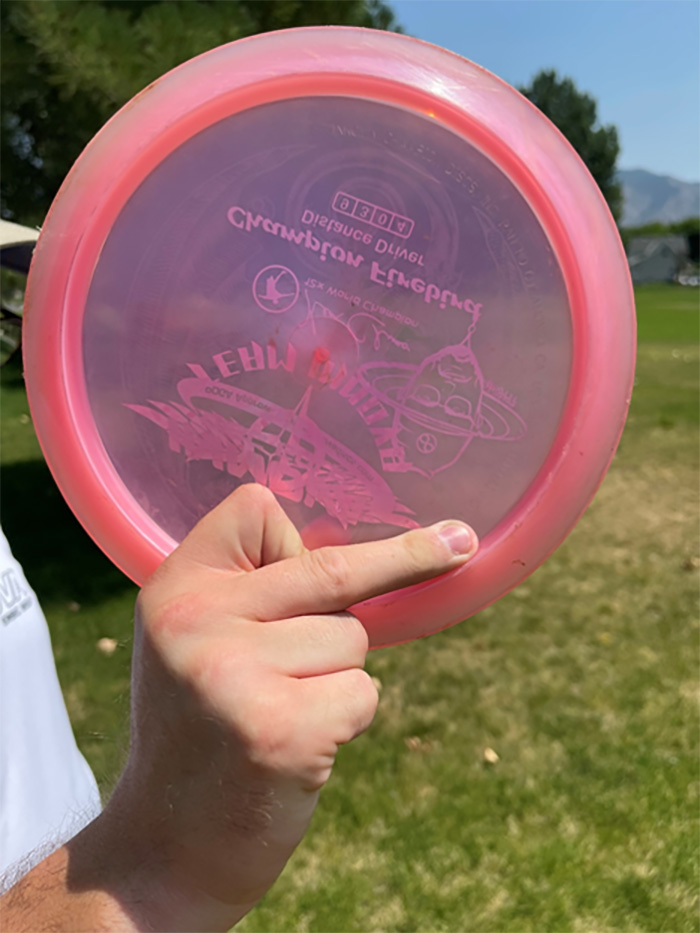 The forehand power grip is made by bending the index finger until it touches the inside of the rim, and placing the extended middle finger and placing it where the rim and flight plate meet. Like the stacked grip, the thumb is on top and the remaining two fingers are outside the rim.

With the fan grip, the index and middle fingers are separated, with the middle finger contacting the rim and flight plate, and the index finger extended to the middle of the disc. The other three digits are used in the same way as previously mentioned. This grip is used where angle control is more important than power. Although, a lot of power can still be generated with a fan grip. 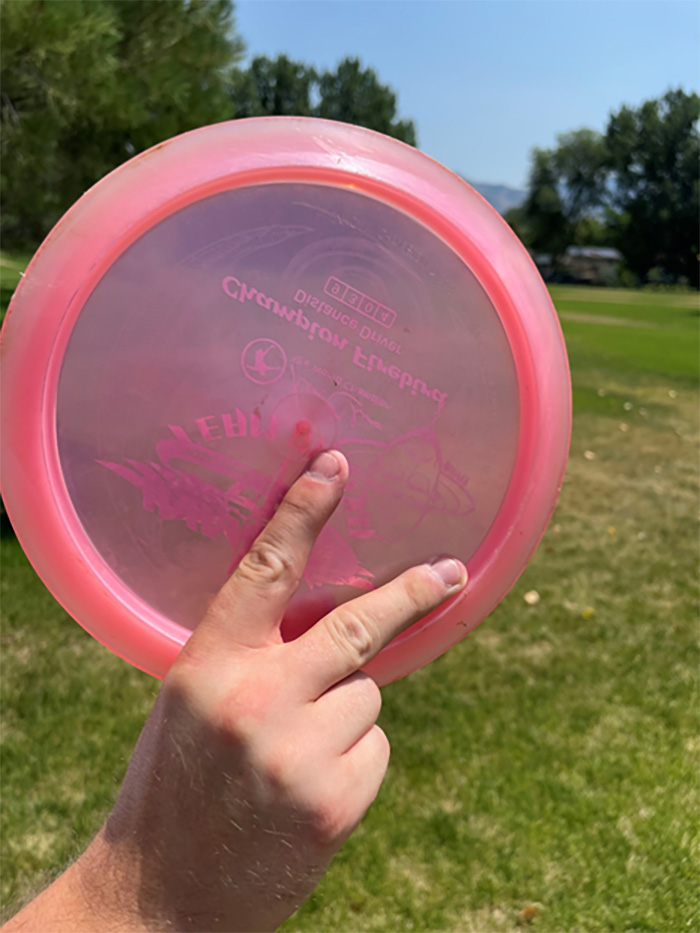 The preceding three grips account for the most popular grips used. Nate Sexton has a rather unique grip, with the index and middle fingers bent slightly and contacting the inside of the rim. He does that because it fits his particular hand, and it works very well for him. He is one of the most proficient disc golfers in the world. His style just goes to show you that YOU need to find the style that works for you. Even if that means modifying an existing grip.

One of the unique aspects of the forehand shot is the method used to generate spin. With the backhand shot, the spin is created as the disc is pulled in a straight line until it hits the power pocket. The wrist isn’t actively used for spin. With the forehand shot, the wrist creates the spin. That is something that players should work to improve, since it can be used as a tool in situations where a full throw might not be possible, such as obstructed shots. Having the skill to generate a lot of spin with mainly the wrist could help a disc golfer successfully scramble out of a bad situation. 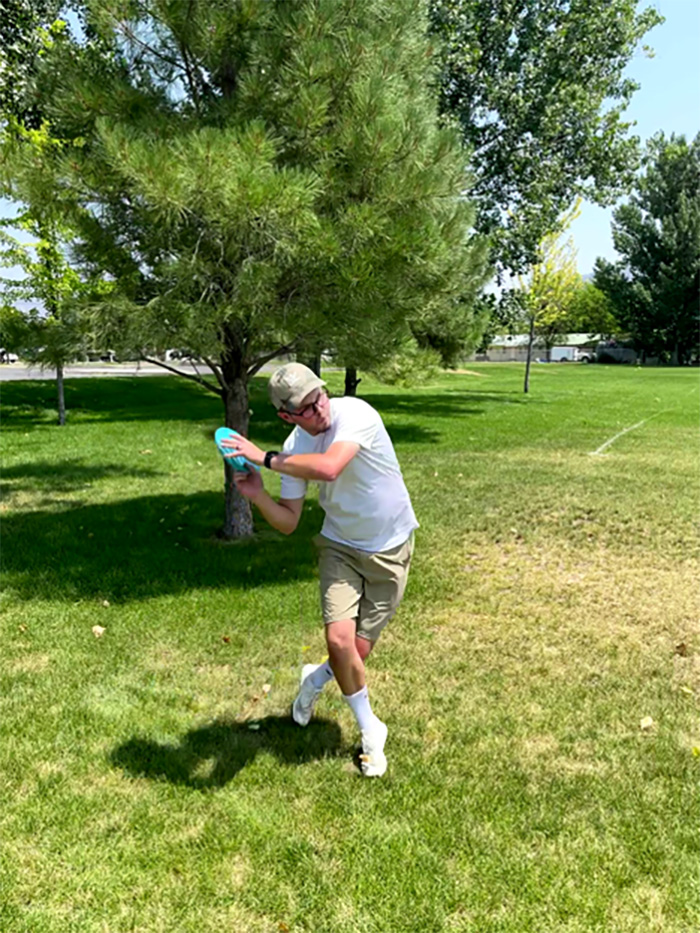 While the x-step is a common way to generate the most power with a backhand shot, there are still a variety of styles used to accomplish that technique. The same is true with the forehand shot. Some people use a mini x-step, while others do more of a crow hop to set up the throw. Whatever form you decide on, your footwork is used to set up the reach back and prepare the body for the throw. 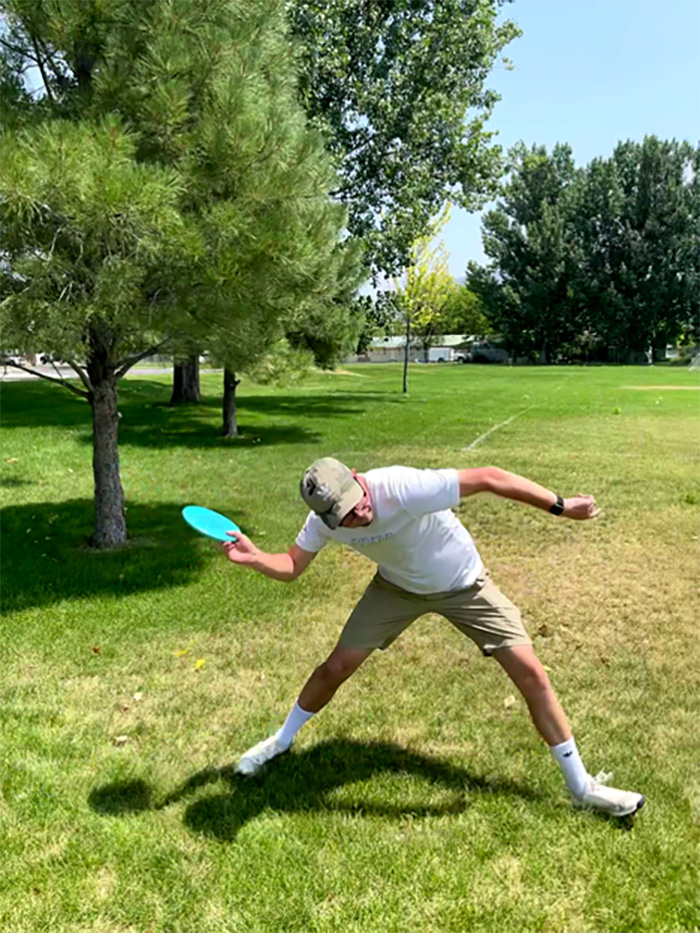 Unlike the straight reach back and pull of the backhand throw, the forehand reach back is more back and up. This allows players to generate more speed on their throw as they bring the disc down into the straight part of the throw. It can also help with timing, since the forehand shot still uses hips, knees, and upper body. 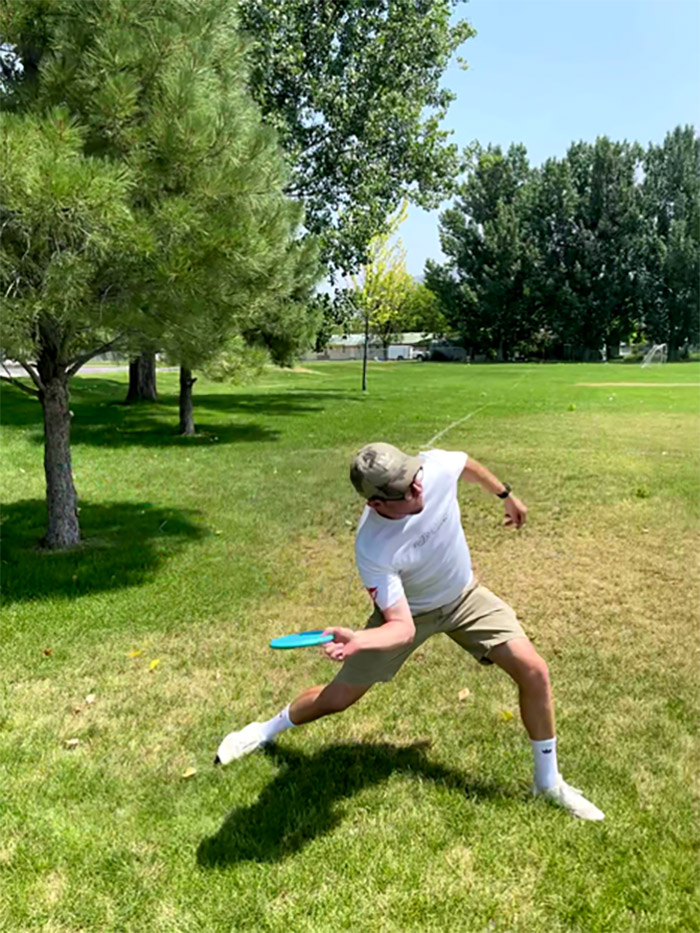 The typical form for a throw, and one that generates the most speed and spin, is one that involves many parts of the body and many joints. The upper body bends to the right, allowing the right forearm to be parallel to the ground. The right wrist is cocked back and prepares for the snap. As the player pushes off the back lag, he plants the lead foot, and then the magic happens. Leading with the elbow, and keeping the elbow level with the hip, the thrower drives the elbow forward as far as possible, then whips the forearm while snapping the wrist and hips, transferring all of the energy, power and spin into the disc!

The forehand shot is certainly an important tool in your arsenal that will help you save a few strokes and improve your scores. If you don’t throw forehand, it would be worth your time to learn the basics. Even if you only pull out the forehand when you are in trouble, it would be great to know you are comfortable with it and can execute your shot. Check out a few of these videos for more tips on throwing the