“Which disc golf brand is the best?” is probably a question any disc golf beginner asks themself. That is a very sensible question to ask, as someone who’s just getting into the sport. So, if we are comparing the biggest brands in disc golf, we have to go with Discraft vs Innova. Those two are the giants of the disc golf world.

The categories I will compare are disc charts, plastics, and their overall user-friendliness. 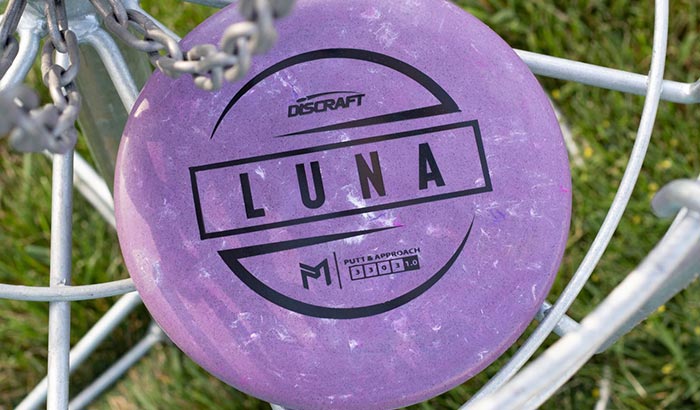 Let’s first examine the differences in how the two brands rate their discs. When I first began getting into disc golf, I found it disappointing that different brands use different rating systems for their discs. So if you get two discs with the same ratings but from different brands, they will not fly exactly the same.

In order to properly compare the two brands, let’s study how they come up with their disc charts.

Stable discs fly straight if they are thrown with the technique, arm speed, and strength that the disc requires. If the disc does not veer left nor right from a right-hand backhand throw (RHBH), the disc is stable. Stable discs have a turn rating of 0.

While discs that turn might not seem preferable, any experienced player can use a disc’s stability to his advantage. If you know how to calculate the stability of the disc, you can manipulate its flight path depending on your techniques.

In my opinion, Discraft gives players better and simpler turn ratings. Innova has a more complicated way of rating the stability of their discs (though the principle is the same). Innova uses a +1 to -5 turn rating system.

As an Innova disc gets a lower turn rating (closer to -5), it becomes more under-stable. This means that the disc will likely go towards the right when thrown with a right-hand backhand.

Just like with Discraft discs, the flight pattern of the Innova discs is reversed if the player throws a left-hand backhand.

But this is not the end of the matter with Innova discs. Although Innova disc models have standard turn ratings, these ratings do not strictly apply to all discs of the same model. Why? Because Innova disc models usually come in different plastics. And those plastics affect the disc flight pattern.

The plastic with which discs are made affects their flight pattern because they determine the weight, flexibility, durability, grip, and other traits of the discs.

There are eight Discraft plastics from which you can choose. The eight plastics are:

Of these plastics, the FLX, Ti, Z, and Z Lite are the most durable. The FLX, X, and Pro D plastics provide the most grip.

Innova features more plastics from which you can choose. The plastics are:

Discraft vs Innova: Which is More Player-Friendly?

In my opinion, Discraft is the more beginner-friendly of these disc golf brand giants. Reading the disc charts of Discraft models is easier, in my opinion, compared to Innova. Plus, the minimal options of disc plastics make it easier for less knowledgeable players to decide which models they want to purchase.

However, Innova caters to a wider range of players. Though their disc ratings may be harder to comprehend, the number of options they offer exceeds a hundred. Innova has a disc for any player of any skill level.

To help you better compare the two brands, here’s a final look at our Discraft vs Innova comparison: