Choosing the Right Disc Golf Fairway Driver For You

If you’re new to disc golf, then you’ve probably already learned that everyone needs a few reliable fairway drivers to compete on the course, or even have some fun. If you’re looking for the best disc golf fairway driver you can find for a reasonable price on the internet, this is the blog for you. We’ve all seen the crazy players with more than 25 discs in their bag. Now if you ask me, that’s way too many. But don’t get me wrong, I’m a pretty intermediate player. I don’t compete in the tournaments, I just like having fun after work or on the weekend with friends. And I think there are a lot of other players out there like me. The people who aren’t looking to spend $25 on a disc that has some pro’s name on it who they’ve never heard of. Instead they’re just looking for a new hobby that they can get into and have a fun time playing. And if you look online you’re having to pay outrageous prices for pieces of plastic that only pros can throw. It’s hard to find a fairly inexpensive disc that is reliable on the course and isn’t made in China.

It can be incredibly confusing and complicated to figure out which discs you should get. With all the discs out there, the plastics, the numbers, brands, it can be pretty overwhelming. That’s  coming from somebody who has been playing disc golf for a couple years now, and trust me, it doesn’t get much simpler, but don’t worry you’ll be able to figure it out. Which is why I wanted to help out people like me. Because for people who are only playing maybe once a week or even less during the good months, it can be pretty frustrating never having the arm speed you need for fast or overstable discs. So instead you’re settling with a subpar throw with almost no accuracy. And let’s be honest, that’s no fun. Even if you’re not competing, playing good will definitely help you have more fun. Regardless of the current culture surrounding disc golf, this doesn’t mean you have to go out and buy 30 different discs and play three times a week to have a good throw. There are discs out there for every player, and these are some of the discs I’ve found for a reasonable price.

Personally I have a list of the best disc golf fairway driver that I’ve found online for a reasonable price, for all skill levels, and are name brand discs. First we’ll start off with beginner fairway drivers, for players who are either just getting into the hobby or really don’t play that often, but still want to have a good time when they go out and play. And there is absolutely nothing wrong with that. Some of my friends still use these discs and they’ve been playing for years. There is a reason these discs are so popular. Because they are so dependable. No matter how slow you throw you’re still going to be getting a pretty decent throw out of these discs.

The reason this disc is number 1 is because I use this disc for everything. When I’m playing a new course or stuck in a tight spot, the I-Blend Centurion is my go-to. This fairway driver is called a control driver, because it can be thrown in a controlled manner to fly most paths you put it on. It has a slight fade at the end, and can be used for any precision needed. The Centurion is made by Infinite Discs, an extremely popular retailer. Infinite I-Blend is an affordable plastic blend with a great feel and incredible glide.  This plastic has a slightly softer, grippier, feel than S-Blend and is almost just as durable. If you’re looking for a premium feel at an affordable price, you’ll want Infinite I-Blend in your bag. In my opinion this makes for the best disc golf fairway driver out there. 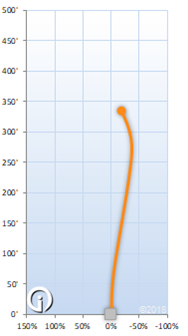 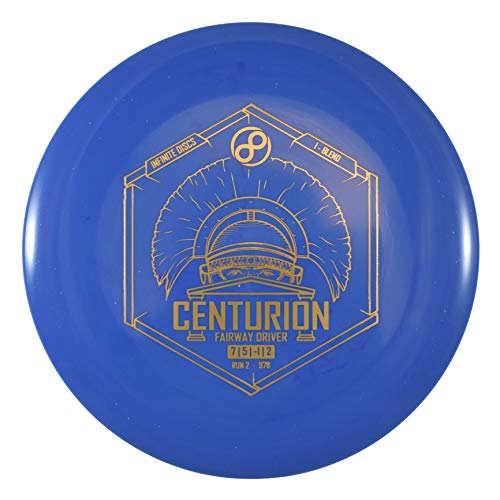 This is the perfect disc for any beginner to practice on their throwing, because no matter what you’re gonna end up with an alright throw. So grab an Infinite Discs I-Blend Centurion for a gift, or even for yourself. You won’t be disappointed and you’ll have a disc you can hold onto for as long as you need.

The Yikun Discs Gou, which is chinese for sky dog, is an understable fairway driver. The reason I put this disc on the list is because it offers a lot of flexibility. No matter your skill level, you’ll be able to find a decent purpose for the Gou. If you’re just starting, the Gou will be a great disc to help you grow some arm speed, without giving up any of the accuracy. But if you’ve been playing for a little bit and consider yourself intermediate, you’ll be able to crank the Gou and get a lot more distance out of this disc. This is really valuable because one you move up the ladder to distance drivers, its a lot more difficult to throw. They’re more overstable and so you have to be able to throw faster, which can be tough for people who don’t play a lot. Dragon Line is Yikun’s grippy and durable plastic. Perfect for most of your weather conditions, and doesn’t ever get sticky. 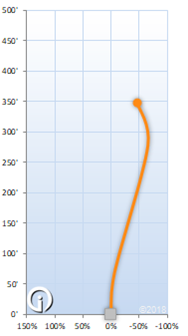 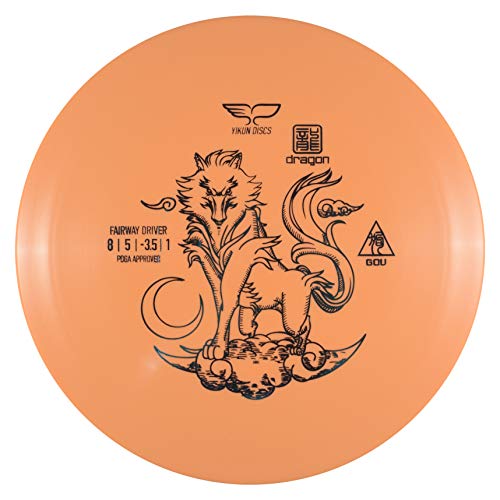 You might notice the turn on this disc is really low, compared to a lot of the discs you might have seen. The reason being, in order to get distance on this fairway driver, without bumping up the speed they have to make it understable so that beginners and intermediates can throw it accurately.

Every course has a tight spot, that no matter what, you never seem to be able to accurately make it through. Well worry no longer, because the Viking Discs Cosmos was made exactly for this problem. With the accuracy on this disc, you won’t have to worry about missing the basket because you messed up on your drive. You’ll be able to rely on the cosmos to precisely fly through any trees or whatever lays in your path. The reason it is number 3 on the list is because I don’t use this disc very often, but boy am I glad when I need it. Not many other fairway drivers can get this precision for any skill level player. 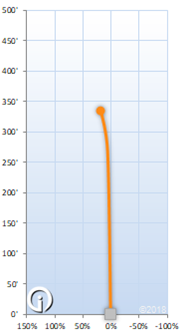 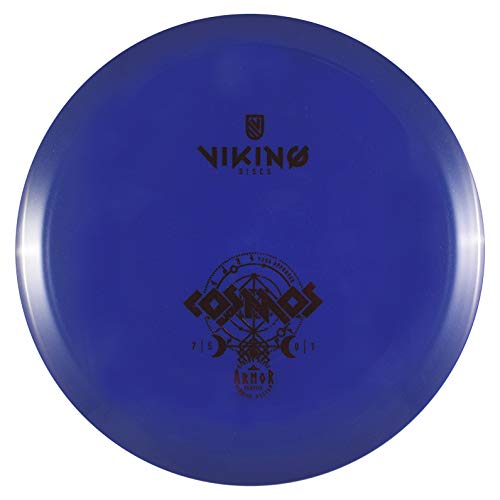 The other great thing about this disc, is that you don’t just have to use it for tight spots, you can use it for any drive you need, whether in an open field or in a forest. You won’t be disappointed.

The Kraken is Divergent Disc’s first fairway driver, and it’s a good one too. This disc is perfect for any beginner. With a slower speed, it’s great for players who play on the weekends and aren’t looking to spend a lot. That’s what Divergent Discs is all about. If you’re looking for a simple and inexpensive disc that you can count on to make decent enough drives and not have to worry about when you hit a tree or lose it in the river, then the Kraken is the perfect disc for you.

Even though it’s on the cheaper side of disc golf discs, that doesn’t mean it’s a bad disc. Rather the Kraken is simplified and will still fly just as good as any other disc.

The Helios is a very understable disc made for any general purpose on the course. You could hand this disc to a beginner and they’d be able to throw this disc with very little frustration. Xcom has made their line to be on the lighter side for normal discs. Meaning that you don’t have to be playing twice a week to pick up a helios and have a good round with your friends on a weekend. And even better, your arm isn’t gonna be sore after that haha. 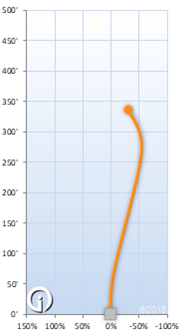 If you get a Helios, also try out the rest of Xcom’s line, full with a distance driver, midrange, and putter.

Any of these discs would make for the best disc golf fairway driver. Remember you’re going to be needing more than just one, so go ahead and grab a couple so you’ll be ready for anything out there on the course. Don’t worry if these discs don’t turn out exactly as you thought. Practice makes perfect and these discs will make for great practice, but most importantly go out there and have some fun.